Warning: The magic method Hugeit_Maps::__wakeup() must have public visibility in /homepages/15/d396589540/htdocs/4050/wp-content/plugins/google-maps/googlemap.php on line 84
 Royal Arch - Loyal and True Masonic Lodge No 4050

The Holy Royal Arch of Jerusalem 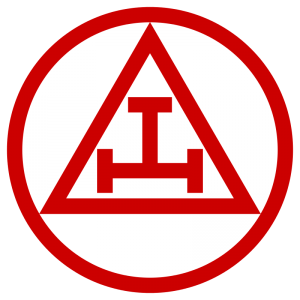 Chapter ritual as with other Masonic Degrees, takes the form of allegory but the Holy Royal Arch is concerned with encouraging the spiritual aspects of life without compromising or encroaching on an individual’s belief or religion.

The ceremony in the Holy Royal Arch is colourful, thought provoking and uplifting. It is based on the legend of the rebuilding of King Solomon’s Temple and invokes simultaneously sensations of humility and our dependence on our unseen Creator.

We meet in Chapters and our meetings are known as Convocations. Members are known as Companions. As with Craft Masonry, each Chapter is organised individually and is normally attached to a Craft Lodge.

Holy Royal Arch is similar in some respects to Craft Masonry, but it is different in many aspects too, and, indeed, it is most interesting in its differences. For example we wear an apron but of a different design and colours, crimson and dark blue, together with a sash and a jewel. The jewel should be worn by Companions at Craft Meetings to emphasise the connection between the Craft and the Holy Royal Arch. We have three Principals who preside over the Chapter. They, and other Officers, are changed annually at the Installation Convocation.

Example of a Lodge set up for Chapter

The origins of the Chapter go back to at least the first half of the C18th but in its modern form emerged with the formation of the first Grand Chapter in 1817, following upon the merger of the then two Grand Lodges in 1813. Records exist of only four Chapters in existence in the County of Kent in the eighteenth century, the oldest of which was probably the Holy Mount Mariah Chapter, which met in Chatham, (warranted 1783). However there were various Military Lodges which held ambulatory Warrants, which at various times were stationed in the County and practised Royal Arch Masonry.

By 1973 there were some 90 Chapters (and 300 Lodges). The decision was taken to divide both the Craft and Chapter provinces of Kent between East and West with an approximate division of the number of Lodges and Chapters. Since when, the Chapter in East Kent has gone from strength to strength, so that today there are some 68 Chapters. For more information on the Holy Royal Arch please visit the website of Supreme Grand Chapter of Royal Arch Masons of England

The preferred Chapter for members of Loyal and True is The Triangle Chapter No 184, at Franklin Rd. Gillingham. Meetings are held on the fourth Tuesday in January, March, May, September and November.

The Royal Kent Chapter of Antiquity No 20, at Manor Rd. Chatham. Meetings are held on the first Wednesday in January, April and July and October.

The Royal Navy and Military Chapter No 2404, at Manor Rd. Chatham. Meetings are held on the second Thursday in February,May and September and December.

The Per Mare Per Terram Chapter No 3609, at Manor Rd. Chatham. Meetings are held on the second Tuesday in January, April and July and October.

The General Gordon Chapter No 4292, at Manor Rd. Chatham. Meetings are held on the third Tuesday in February, May and September and October.

The St George Abadan Chapter No 6058, at Manor Rd. Chatham. Meetings are held on the fourth Thursday in January, April and June and October.

If you are unable to gain an introduction to a Chapter please use the following link – East Kent Provincial Office Enquiries with “Royal Arch Introduction” as your subject title.