The Grand Court of the Masonic Order of Athelstan in England, Wales and its Provinces Overseas 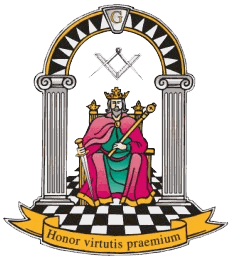 The Masonic Order of Athelstan formed in 2005, grew out of the shared interests that a number of like-minded individuals had in the origins of Masonry. Their research culminated in a few members of that group focusing specifically on the Saxon Chronicles. In essence, their informal meetings became more and more regular and the rich and invigorating debates offered each member considerable encouragement and support to continue with their personal endeavours. They had become a dedicated Masonic and historical discussion group.

As the group progressed its subsequent interface with other like-minded Masons encouraged them to progress the idea of a new Order even to the writing of a ritual to support it. This ritual was based on the research of many old historic documents and the discovery of old Craft and other Masonic ritual. Eventually a draft of the ritual was produced based upon the life and symbolism of King Athelstan, the grandson of King Alfred, and the first King of England to be referred to as “The King of All the English”. The Grand Court of the Masonic Order of Athelstan was conceived if not yet born. As the group explored the idea of setting up the Order it caught the imagination of more and more Freemasons both senior and junior. Eventually there was a following which quickly grew as “word of mouth” spread and has now become a vehicle for many well-read and like-minded Masons to come together and discuss their individual learning.So what is the Order of Athelstan? The Order has become many different things to many different people. For many it is historic and educational, for others it is rich in symbolism and a vehicle to keep a great deal of old ritual alive, for others it is where good friends meet to share knowledge, thinking, friendship and good company.

It is Masonic, and therefore candidates must be Craft Freemasons as well as Companions of a Royal Arch Chapter (these are the requisite qualifications). If a potential candidate holds these requisite qualifications they can be invited to our Festive Board and will be warmly welcomed by all. The intention is to enable brethren to attend the dinner, after the meeting, as a way of introducing them to the Order without disclosing the ritual and workings of the Order. Normally a maximum of three meetings a year are encouraged, two working and a third the Installation. At this meeting the ceremonial is about 40 minutes in total and allows for a 20 minute talk or lecture. This is encouraged by way of an annual Provincial Certificate and a Grand Court Presentation to the best of the best. A number of other incentives have and will be introduced, by way of keeping brethren interested.

Like other Masonic ceremonies that use legend and allegory to tell a story and portray good ethical conduct and behaviour. In the Order we use the legend of Athelstan’s York Assembly of 926 as the framework and conduit for ours. We aim to bring to life the 926 Court that was held in York to educate and raise the quality of masonry in 10th Century England and in so doing to explore the development of the Craft over the centuries in order to prompt further study and research. As such our meetings are held in a Court and our candidates are ‘Instructed’ into the Order. The Masonic Order of Athelstan tells the story of a Master Mason being called to York in 926 AD to receive the Ancient Charges from King Athelstan, the grandson of King Alfred, and the first King of England to be referred to as “The King of All the English”. Throughout its ceremony the ritual contains a great deal of symbolism that is still seen in some Lodges today and a great deal that is not currently worked. It culminates in an historical oration which takes the candidate through the development of the various Grand Lodges, from the appointment of Sir Thomas Gresham in 1567 as the first Speculative Grand Master ending at 1813 with the formation of the United Grand Lodge of England.

The aim of the Order of Athelstan is to encourage further study and research. Membership is by invitation only. Each candidate (who must be an active member of both the Craft and the Holy Royal Arch) is expected to have a wide and committed interest in all aspects of freemasonry and is carefully chosen for his interest in Masonic history and is ‘Instructed’ into the Order.

The Order is unique in Masonic circles, as in addition to existing members each new Court requires a minimum of 20 Founders who are not already members before a Petition will be granted. These Founders are brought into the Order immediately before the new Court is Consecrated. Mindful of the demands upon the member’s time and pocket, midweek meetings generally commence at around 6.30 pm and conclude, after a modest meal, at around 9.30pm. Potential candidates can be invited to the Festive Board.

In England, the Order is structured so that its Provinces reflect and represent the original Kingdoms and Gilds as they were set up by King Athelstan, so that they are not therefore necessarily co-terminus with the modern counties. Hence, the Province of Kent includes Kent and East Surrey.

Regalia is very similar to that of the Craft except that the aprons are red.

Presently, there  are five Courts meeting within the area of Province of Kent.

3  Canterbury – The Court of King Ethelbert No. 56

The Worshipful Master, ably assisted by his Officers will be Raising Bro. S. Dean

Members and guests, please ensure you are booked in by Thursday 11th April with the Dining Steward