Warning: The magic method Hugeit_Maps::__wakeup() must have public visibility in /homepages/15/d396589540/htdocs/4050/wp-content/plugins/google-maps/googlemap.php on line 84
 Freemasonry - Loyal and True Masonic Lodge No 4050

What is the essential qualification for Freemasonry? 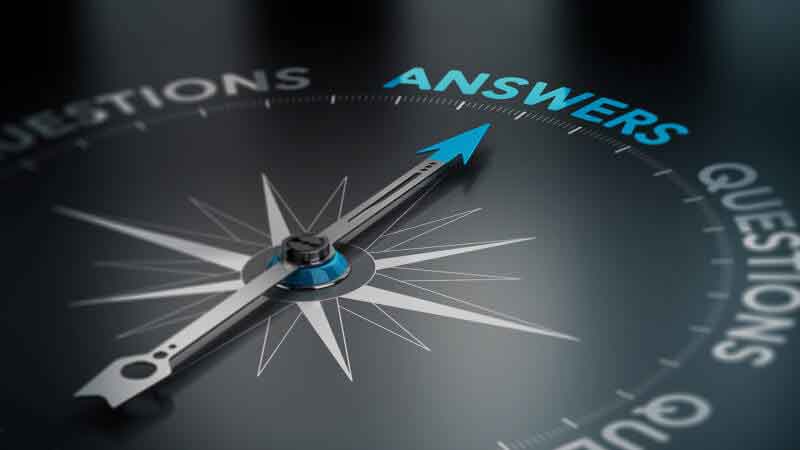 How much does it cost to be a Freemason?

Why are you a secret society?

What are the secrets of Freemasonry?

What happens at Lodge meetings?

Isn’t ritual out of place in modern society?

Why do grown men run around with their trousers rolled up?

Why do Freemasons take Oaths?

Why do your “Obligations” contain hideous penalties?

Are Freemasons expected to prefer fellow Masons at the expense of others in giving jobs, promotions, contracts and the like?

Is it true that Freemasons only look after each other?

Aren’t you a religion or a rival to religion?

Why do you call It the Volume of the Sacred Law and not the Bible?

Why do you call God the Great Architect?

Why are some churches against Freemasonry?

Why does Freemasonry not accept Roman Catholics as members?

Are there not Masonic groups who are involved in politics?

Is Freemasonry an international order?

What is the relationship between Freemasonry and groups like the Odd Fellows and Buffaloes?

Why don’t you have women members?

Why do you wear Regalia?

How many degrees are there in Freemasonry?

Freemasonry is one of the world’s oldest secular fraternities with some 4 million members worldwide and the largest secular, fraternal and charitable organisation in the UK, traditionally open only to men. It is a society concerned with moral and spiritual values and advancing the practise of brotherly love. Its members are taught these precepts by a series of ancient forms, using the custom and tools of the stonemason as allegorical guides.

What is the essential qualification for Freemasonry?

The essential qualifications for admission is that you have a belief in a Supreme Being, that the candidates to be, are mature men of 21* years and over and of good repute.*certain university lodges exist which allow candidates to be accepted at age 18 years

How much does it cost to be a Freemason?

There are of course some financial commitments associated with becoming a Freemason. On entry there is a one off joining fee, then there are annual dues which for Loyal and True for 2013-2014 are £110. The dining fees associated with the Festive Boards which follow Lodge meetings are currently around £16.00.

Why are you a secret society?

We are not, but Lodge meetings, like those of many other groups, are private and open only to members. The rules and aims of Freemasonry are available to the public. Meeting places are known and in many areas are used by the local community for activities other than Freemasonry. Members are encouraged to speak openly about Freemasonry

What are the secrets of Freemasonry?

The secrets in Freemasonry are the traditional mode of recognition which are not used indiscriminately, but solely as a test of membership, e.g. when visiting a Lodge where you are not known.

What happens at Lodge meetings?

The Lodge meeting is held in two parts. As in any association there is a certain amount of administration procedure – minutes of the last meeting, proposing and balloting for new members, discussing and voting on financial matters, election of officers, news and correspondence. Then there are the ceremonies of admitting new Masons and the annual installation of a new Master and appointment of officers. The three ceremonies for admitting a new Mason are in two parts – a slight dramatic instruction in the principles and lessons taught in the Craft followed by a lecture in which the candidate’s various duties are spelled out.

Isn’t ritual out of place in modern society?

No. The Masonic ritual is a shared experience which binds the members together. Its use of drama, allegory and symbolism impresses the principles and teachings more firmly in the mind of each candidate than if they were simply passed on to him in a matter-of-fact modern language.

Why do grown men run around with their trousers rolled up?

It is true that candidates have to roll up their trouser legs during the three ceremonies when they are being admitted to membership. Taken out of context, this can seem amusing, but like many other aspects of Freemasonry, it has a symbolic meaning.

Why do Freemasons take Oaths?

New Lodge members make solemn promises concerning their conduct in the Lodge and in society. Each member also promises to keep confidential the traditional methods of proving that he is a Freemason which he would use when visiting a Lodge where he is not known. Freemasons do not swear allegiances to each other or to Freemasonry. Freemasons promise to support others in time of need, but only if that support does not conflict with their duties to God, the law, their family or with their responsibilities as a Citizen.

Why do your “Obligations” contain hideous penalties?

They no longer do. When Masonic ritual was developing in the late 1600’s and 1700’s, it was quite common for legal and civil oaths to include physical penalties and Freemasonry simply followed the practice of the times. In Freemasonry, however, the physical penalties were always symbolic and were never carried out. After long discussion, they were removed from the promises in 1986.

Are Freemasons expected to prefer fellow Masons in giving jobs, promotions, contracts and the like?

Absolutely not. That would be a misuse of membership and subject to Masonic discipline. On his entry into Freemasonry each candidate state unequivocally that he expects no material gain from membership. At various stages during the three ceremonies of his admission and when he is presented with a certificate from Grand Lodge that the admission ceremonies have been completed, he is forcefully reminded that attempts to gain preferment or material gain for himself or others is a misuse of membership which will not be tolerated, The Book of Constitutions, which every candidate receives, contains strict rules governing abuse of membership which can result in penalties varying from temporary suspension to expulsion.

Is it true that Freemasons only look after each other?

No. From its earliest days, Freemasonry has been involved in charitable activities. Since its inception, Freemasonry has provided support not only to widows and orphans of Freemasons but also for many others within the community. Whilst some Masons charities cater specifically but not exclusively for Masons or their dependents, others make significant grants to non-Masonic organisations. On a local level, Lodges give substantial support to local causes.

Aren’t you a religion or a rival to religion?

Why do you call It the Volume of the Sacred Law and not the Bible?

Why do you call God the Great Architect?

Freemasonry embraces all men who believe in God. Its membership includes Christians, Jews, Hindus, Sikhs, Muslims, Parsees and others. The use of descriptions such as the Great Architect prevents disharmony. The Great Architect is not a specific Masonic god or an attempt to combine all the gods into one. Thus, men of different religions pray together without offence being given to any of them.

Why are some churches against Freemasonry?

There are elements within certain churches who misunderstand Freemasonry and confuse secular rituals with religious liturgy. Although the Methodist Conference and the General Synod of the Anglican Church have occasionally criticised Freemasonry, in both Churches there are many Masons and indeed others who are dismayed that the Churches should attack Freemasonry, an organisation which has always encouraged its members to be active in their own religion.

Why does Freemasonry not accept Roman Catholics as members?

It does. The prime qualification for admission into Freemasonry has always been a belief in a Supreme Being. How that belief is expressed is entirely up to the individual. Four Grand Masters of English Freemasonry have been Roman Catholics. There are many Roman Catholic Freemasons.

Definitely not. Whilst individual Freemasons will have their own views on politics and state policy, Freemasonry as a body will never express a view on either. The discussion of politics at Masonic meetings has always been prohibited.

Are there not Masonic groups who are involved in politics?

There are groups in other countries who call themselves Freemasons and who involve themselves in political matters. They are not recognised or countenanced by the United Grand Lodge of England (UGLE) and other regular Grand Lodges who follow the basic principles of Freemasonry and ban the discussion of politics and religion at their meetings.

Is Freemasonry an international order?

Only in the sense that Freemasonry exists throughout the free world. Each Grand Lodge is sovereign and independent, and whilst following the same basic principles, may have differing ways of passing them on. There is no international governing body for Freemasonry.>

What is the relationship between Freemasonry and groups like the Odd Fellows and Buffaloes?

None. There are numerous fraternal orders and Friendly Societies whose rituals, regalia and organisation are similar in some respects to Freemasonry’s. They have no formal or informal connection with Freemasonry.

Why don’t you have women members?

Traditionally, Freemasonry under the United Grand Lodge of England has been restricted to men. The early stonemasons were all male, and when freemasonry was organising,the position of women in society was different from today. If women wish to join Freemasonry, there are two separate Grand Lodges in England restricted to women only.

Why do you wear Regalia?

Wearing regalia is historical and symbolic and, like a uniform, serves to indicate to members where they rank in the organisation.

How Many Degrees Are There in Freemasonry?

Basic Freemasonry consists of three “Craft” degrees (Entered Apprentice, Fellow Craft and Master Mason) completed by the Royal Arch degree (Chapter). There are many other Masonic degrees and Orders which are called “additional” because they add to the basis of the Craft and Royal Arch. They are not basic to Freemasonry but add to it by further expounding and illustrating the principles stated in the Craft and Royal Arch. Some of these additional degrees are numerically superior to the third degree but this does not affect the fact that they are additional to and not in any way superior to or higher than the Craft. The ranks that these additional degrees carry have no standing with the Craft or Royal Arch.